MUST READ - Travelling to the East for Christmas - 10 SAFTEY TIPS

It's a horrible nightmare travelling from Lagos to Onitsha, Benin and other parts by road. It's even worse if you are using your personal vehicle. God help you if your vehicle is anything better than a Toyota Corolla e.g. Camry's, Hondas and Oh my God an SUV that looks fresh. If you leave Lagos for Onitsha by 6am, the earliest you should expect to be there is 8pm. 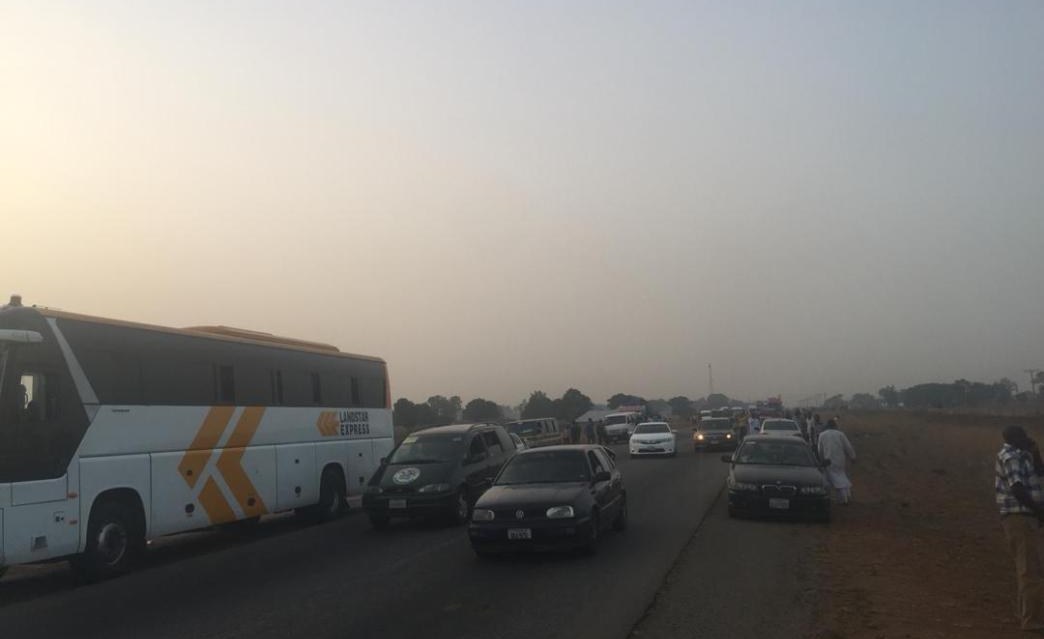 Here are the things you need to be able to finish your trip in one piece and with your vehicle:
1. A large dose of PATIENCE and TOLERANCE. No frowing,... Read more

Honda produces wonderful cars that are very pleasing to drive. The comfortable seats, the spacious leg room, the mind-blowing stereo, the balance and stability while driving, are some of the things those that have driven Honda cars can’t easily forget.

When you see a Honda enthusiast, don’t be surprised he/she will give you a thousand and one reasons why you should own a Honda.

Even though Honda cars are packed with all these goodies, it can as well at some point develop issues; just like every other car. This could be mechanical or electrical faults which most times seem inherent to the brand. But it l... Read more

What is OBD II Scanner?

On-Board Diagnostic systems are in most cars and light trucks on the road today. During the '70s and early 1980's manufacturers started using electronic means to control engine functions and diagnose engine problems. This was primarily to meet EPA emission standards. Through the years on-board diagnostic systems have become more sophisticated. OBD-II, a new standard introduced in the mid-'90s, provides almost complete engine control and also monitors parts of the chassis, body and accessory devices, as well as the diagnostic control network of the car.

The 4 Best Jeeps for Off-Roading

An off-road vehicle is considered to be any type of vehicle which is capable of driving on and off paved or gravel surface. It is generally characterized by having large tires with deep, open treads, a flexible suspension, or even caterpillar tracks.

One of the first modified off-road vehicles was the Kégresse track, a conversion undertaken first by Adolphe Kégresse, who designed the original while working for Czar Nicholas II of Russia between 1906 and 1916. The system uses an unusual caterpillar track which has a flexible belt rather than interlocking metal segments. It can be fitted to a conventional car or truc... Read more

5 Things to Watch for When Buying a Used Engine

1. Is the Company Reputable?
There are plenty of junkyard scams going on. Before purchasing anything from a salvage ... Read more

What you need to know about tyres and their sizes

A tire is a ring-like component that surrounds a wheel's rim. It surrounds the wheel to help in transferring the vehicle's load from the axle through the wheel to the ground and also provides grip on the road in which the wheel travels.

The materials the tires consist of are synthetic rubber, natural rubber, fabric, and wire, along with carbon black and other chemical compounds. They consist of a tread and a body. The tread provides grip while the body provides containment for a quantity of compressed air.

It’s no fun being stuck without air conditioning on a hot summer or rainy day. In fact, the A/C is more than just comfort; it’s a safety issue too as it can help keep your windscreen clear from fogs during a rainy day.

So if your vehicle’s A/C is only kicking out hot air, you should take steps immediately to get the problem fixed.

The six most common car A/C issues are:

What you need to know about car theft

What is Car theft?

Car theft is the criminal act of stealing or attempting to steal a motor vehicle. These stolen vehicles are constantly being resold in the markets every day. Car thieves tend to target selected brands of vehicles due to so many factors. Some of the factors may range from the level of demand for easy resale to popularity for quick sale in the parts of the stolen vehicle.

Would you ever have imagined that just by driving a certain car brand,  you’re at risk of experiencing car theft?  The list below ou... Read more

Before the widely known IVM motors came into existence today, a brilliant Electrical Engineer and Lecturer at the Federal Polytechnic Nekede, Dr. Ezekiel Izuogu designed and developed a prototype of what was the very first African indigenous manufactured car, known as the Izuogu Z-600.

Launched in 1997, the car caused a stir in the Nigerian media, with BBC describing the car as  “the African dream machine” as 90% of its parts were sourced locally.

The prototype was equip... Read more

We don't need to be reminded that the rain can be dangerous. Living in a state like Lagos, we are all too familiar with the harsh realities of perennial flooding.  But even in the absence of floods, it pays to take extra care in preparing to drive once it starts raining.

For most drivers, they only know the general rules of driving during rainy weather. These include;